Been There, Done That, Since The Earth Was Flat! 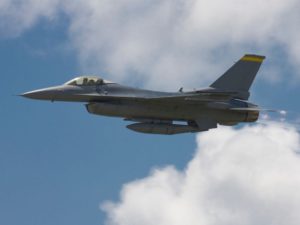 This is the part of the website where we explain that we have decades of experience in project management implementing project control systems.  If you want to just take our word for it that we have seen a lot of ways to do things right, and also how things were done wrong and we can help you avoid some pitfalls, then just stop reading now.   Else, welcome aboard our time machine where we set the Delorean dial back to the late 1980s when Co-founder, Bill McVeigh was on a 4-person team to implement the first automated cost and schedule integrated earned value management system at General Dynamics’ F-16 factory in Fort Worth, TX.

If you only want to turn the dial back to the 1990s then Bill could regale you with tales about the Superconducting Super Collider project.  Be careful, if you feign interest then Bill will mix you a cocktail complete with the challenges and intrigue of creating a modern big science and construction marvel, political maneuverings, and a dash of social anthropology fueled by media misprints and misinformation that helped lead to the center of particle accelerator physics being in Switzerland instead of Waxahachie, Texas.

Alas, it was the dawn of the 21st century that you can trace the origins of Dash360 to as Bill had a chance encounter with Co-founder, Kevin Long when they were working on an international collaboration project which would ultimately become the world’s largest radio telescope.

Over the years Kevin and Bill collaborated to develop many project management apps to streamline the process for many of the world’s largest scientific endeavors and in 2013 they launched Dash360 with the vision of creating a platform where project management teams could see all their project management data in place for visualizations and collection of data.  It was in 2018 when the proverbial stars aligned with two big science projects, one that needed to produce a cost book for a multi-euro project collaboration with 15 countries, and another that needed assistance getting a vote of confidence from the National Science Foundation so that it could receive funding.

From then to now we have had the privilege of working on some of the most challenging science and technology projects with the most extraordinary and fascinating people on the planet.

Upon reflection, the 4 person team (nod to Cindy Brown, Ed Knezek, and Curtis Ferguson) back at GD  pushing to automate and integrate that state-of-the-art technology is not too far off from Dash360’s current mission with the possible exception that today everybody has their own computer, and we are more likely to be seen sporting a tee-shirt than a tie.

Want to learn more about Dash360? Enter your email address and stay up to date on new features and special pricing offers.

Dash360 is a game changer for teams running multi-million and billion dollar projects. Let us help you get your project funded and then report on it regularly to all stakeholders with confidence. Request a demo now!